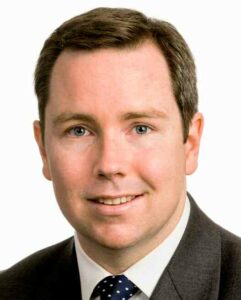 Ryan Duffy is the Director of Corporate Communications for U.S. Sugar. Previously, he served as a Vice President at Hill+Knowlton Strategies in Tallahassee and has worked closely with U.S. Sugar’s communications and public affairs teams for several years. Duffy previously served as communications director to former House Speaker Will Weatherford and as a speechwriter to former U.S. Senators George LeMieux, Mel Martinez, and former Florida Governor Jeb Bush.

Duffy holds a master’s in Political Management from George Washington University and a bachelor’s from Florida State University. He is a member of the Florida Chamber Foundation Board of Trustees, the James Madison Institute Board of Advisors, Clewiston Rotary, Clewiston High School Tiger Boosters, the Clewiston American Youth Soccer Organization Board, St. Margaret’s Parish Council, and the Knights of Columbus. He was a recipient of the FSU Alumni Association’s 2013 “30 Under 30” Award and was also named one of Florida Politics’ “30 Under 30” rising stars in Florida politics. He and his wife Danielle have two children, Cormac (6) and Donovan (4). Duffy is a Florida native and resides in Clewiston.